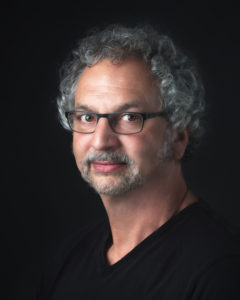 Attas was raised in West Hartford, Connecticut spending his summers at the beach in nearby Old Lyme. His fascination with photography began at the age of 12 while taking a summer school class at the local high school. Watching his first print emerge from the developer under the amber glow of the darkroom safelight proved to be the decisive moment. He has been chasing light with a sense of curiosity and wonder ever since.

After studying Psychology and Art at Hobart College Attas began his career in commercial photography by moving to Chicago. There he assisted photographers and honed his craft on shoots for clients such as Architectural Digest, Hyatt Hotels and Crate & Barrel before opening his own studio. Over the past 30 years Attas has worked as a professional photographer shooting architecture, product and food for national and international clients. His work has appeared globally and has been featured in many publications including Four Seasons and Luxe magazines.

In 1996 Attas earned his MFA in Photography at the Hartford Art School. It was while he was in graduate school that Attas discovered his creative vision under mentors Ellen Carey and Bob Chaplin. Describing his fine art Attas says “I use light and sound to engage the mysteries of the universe. Informed by ancient spirituality and modern science my work is an exploration of the secrets that lie beyond the veil of perception. This pursuit of curiosity results in works that radiate a sense of wonder and connection to the cosmos.”

His fine art photography has been recognized as highly original challenging our existing notions of the photograph. Attas is the recipient of numerous awards from such significant critics and artists as Andy Grundberg, Merry A. Foresta and the Starn Twins. His critically acclaimed experimental works include a series of performances, Ions in the Ether, in which photographically etched zinc plates were dissolved in acid while effectively copper plating their negatives in a reaction reminiscent of the alchemists and their desire to turn simple elements into gold. Attas continues to exhibit his work regularly pushing the boundaries of his creativity through the mediums of photography, video and sound.

Attas also maintains the active teaching practice he began in graduate school by teaching classes in photography, Photoshop and creativity at Rutgers University in Newark, NJ and the Vero Beach Museum of Art in Vero Beach, FL. He also mentors private students from around the world. Recently Attas was a featured artist/teacher on Ovation TV’s art & culture program American Canvas.

Currently Attas lives in Vero Beach, Florida where he is the owner of Aric Attas {Creative}. In addition to his commercial photography, fine art and teaching practices Attas stays busy raising a family, facilitating a weekly meditation group and walking his dog Macchiato.

“The most beautiful thing we can experience is the mysterious. It is the source of all true art and science.” – Albert Einstein