“The notion that the universe is comprised of four “worlds,” or levels of reality, is an ancient one in the Kabbalah, and reflects the understanding that existence is multi-layered, and in a state of dynamic flux.” – Jay Michaelson

My current photo, video and sound works are a reflection of my meditation practice and study of Kabbalah. These parallel practices use light to engage the mysteries of creation and the infinite. The Four Worlds sets up dynamic interactions between four layers; video, translucent photograph, audio and the viewer.

The title references the Four Worlds concept of Kabbalah in which Emanation (initial flash of inspiration), Creation (development of the idea), Formation (creation of the blueprint) and Action (building in the physical realm) connect the spiritual and physical realms. The concept can be understood to describe the inner workings of the Divine as well as levels of human consciousness.

Through the work I seek to create an immersive space in which the viewer can experience a slowly shifting atmosphere of deep sapphire light, enveloping ambient soundscapes and their own perceptions. This work is inspired by the installations of artists such as Laszlo Moholy-Nagy, Bill Viola and James Turrell. 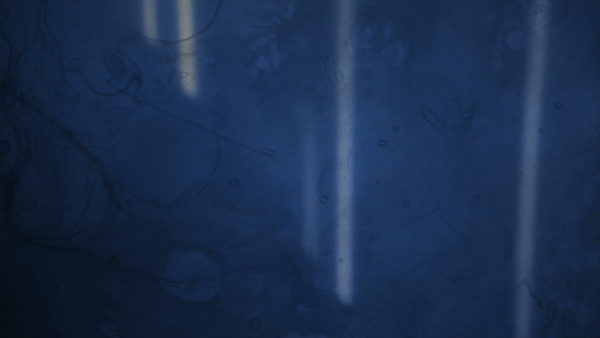