Here’s an interesting quote on photography from Stephen Shore to get you thinking creatively.

“There’s something arbitrary about taking a picture. So I can stand at the edge of a highway and take one step forward and it can be a natural landscape untouched by man and I can take one step back and include a guardrail and change the meaning of the picture radically… I can take a picture of a person at one moment and make them look contemplative and photograph them two seconds later and make them look frivolous.” – Stephen Shore 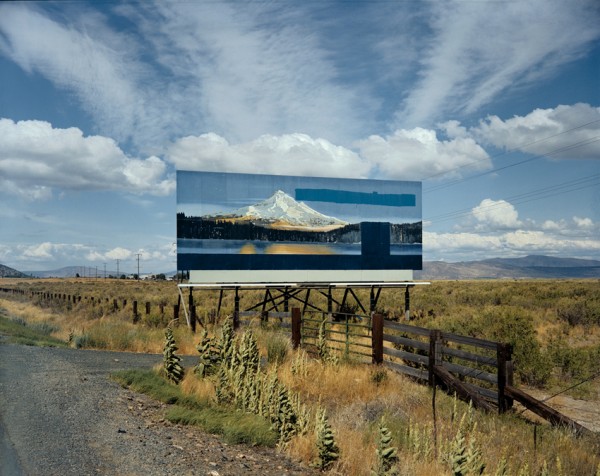 To learn more about the visual language of photography check out Stephen Shore’s excellent book, The Nature of Photographs: A Primer. It’s a combination of great images from photographers including Robert Frank, Walker Evans, Thomas Struth, Garry Winogrand, Alfred Stieglitz, Brassai, Andreas Gursky, William Eggleston and essays by Shore on the nature of photographs.

To see more of Shore’s photography check out this survey of his work: Stephen Shore (Contemporary Artists). The book contains insightful interviews and essays as well as photographs by Shore.

From the book description: “Stephen Shore (b. 1947) is a true artistic innovator whose work has opened up new frontiers for contemporary photography. His photographs of American scenes unveil the exceptional beauty to be found in the everyday. As one of the first art photographers to work in color, Shore pioneered such contemporary genres as the diaristic snapshot (later taken up by Nan Goldin and Wolfgang Tillmans) and the monumentalized landscape (as later practiced by Becher-school photographers Thomas Struth and Andreas Gursky). This monograph offers the first complete examination of Shore’s long and storied career, from his residency at Warhol’s Factory to his experiments in conceptual photography; from his landmark series AMERICAN SURFACES to his continued exploration of emerging techniques. Shore’s high-key portraits of America’s chromatic landscape can be found in the permanent collections of major museums all over the world.”

To see more of this amazing photographer’s work check out these influential photography monographs by Stephen Shore.