Minor White quote on the power of photography

I love this quote on the power of photography from Minor White. Can you think of any images that you hold in your memory? Why do they have power?

“The reason why we want to remember an image varies: because we simply ‘love it,’ or dislike it so intensely that it becomes compulsive, or because it has made us realize something about ourselves, or has brought about some slight change in us. Perhaps the reader can recall some image, after the seeing of which he has never been quite the same.” – Minor White 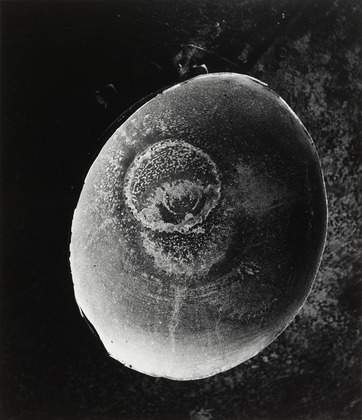 Minor White was a highly influential photographer, teacher, theoretician and critic. He pursued his own creative vision while working with some of the most important photographers of the 20th Century including Alfred Stieglitz, Edward Weston and Ansel Adams. You can find out more about Minor White and his photography, philosophy and influence in this biography at the Lee Gallery website.

Here are some of the great photography books by Minor White.

If you like books on photography theory this is an amazing collection of essays and photographs from Aperture Magazine while Minor White was editor.

From Amazon’s book description: “Published on the occasion of its sixtieth anniversary, this is the first ever anthology of Aperture magazine. This long-awaited overview provides a selection of the best critical writing from the first 25 years of the magazine–the period spanning the tenure of cofounder and editor Minor White. Aperture was established in 1952 by a group of photographers, including Ansel Adams, Dorothea Lange, Barbara Morgan and historian-curators Beaumont and Nancy Newhall. Their intention was to provide a forum “in which photographers can talk straight to each other, discuss the problems that face photography as profession an art, share their experiences, comment on what goes on, descry the new potentials.” With its far-ranging interests in diverse photographic styles, myriad themes and subjects (including a strong streak of spirituality in diverse forms) and an adventurous commitment to a broad international range, Aperture has had a profound impact on the course of fine-art photography. The texts and visuals in this anthology were selected by Peter C. Bunnell, White’s protégé and an early member of the Aperture staff, who went on to become a major force in photography as an influential writer, curator and professor. Several articles are reproduced in facsimile, and the publication is enlivened throughout by other features, including a portfolio of exceptional covers, as well as a selection of the colophons (short statements or quotes) that appeared at the front of each magazine.”